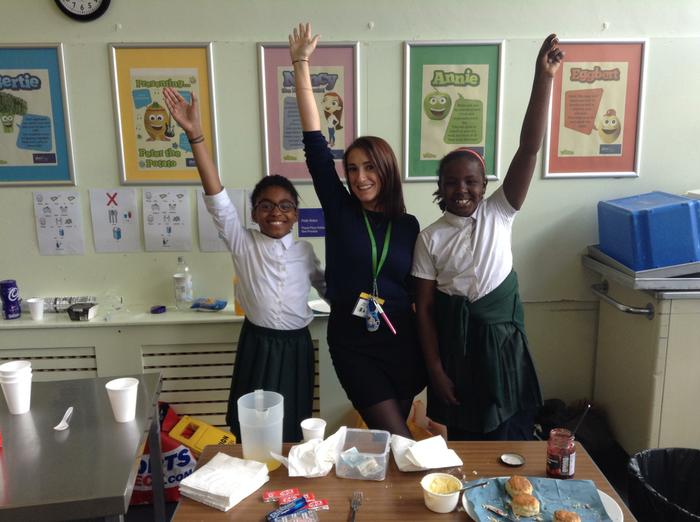 The eCafe is an Enterprise Project run by fouteen year 5 pupils.

The children involved were chosen at the beginning of the year to be 'Lead Learners' and were asked to come up with an Enterprise project. Once they had decided they would like to run a café, they were divided up into different roles and teams. We had a Project manager, finance manager, advertising team etc.

The next step was to decide where the café would be held, when it would run and what would be sold. The children were very keen to have the café straight after school on Fridays so the time was set from 3.30 -4pm.

It was fantastic to see all the ideas the children had about the food and drink they wanted to sell.  It has now grown into a very professionally run café which has the added bonus of the free use of ipads for children visiting, hence, the name 'eCafe'.

Have a look at the two reports attached which were written by Stephanie and Hamza.